The first grand slam of this brand new decade has officially wrapped up, with Novak Djokovic closing things out last night on Rod Laver Arena. The 2020 Australian Open had plenty of intriguing story lines, drama, inspired homegrown performances and new champions to crown. Despite this, the true mark of a fantastic grand slam is one thing – the fans. The 2020 Australian Open was officially the highest attendance for any grand slam in history – with 812,174 fans attending proceedings at Melbourne Park over the fortnight.

The 2020 Men’s Singles had defending champion Novak Djokovic as the heavy favourite, with Rafael Nadal close behind. However, the easiest draw of ‘The Big 3’ went to Roger Federer. He made hard work of this though, almost capitulating in the 3rd round to John Millman (down 8-4 in 4th set tiebreak), before saving 7 match points against Tennys Sandgren in the quarter-finals. The best pipes in the business were on show for Tennys with his Letour gear on, and he was one of the coolest story lines of the tournament AGAIN – after making the quarter-finals for the second year in a row. Other noteworthy performances came from the leaders of the former Next Gen – Alexander Zverev & Dominic Thiem. Sascha (known for weak Grand Slam performances) & Domi are both touted as potential future world no. 1’s, and they both had strong showings as they reached the semi-final and final, respectively.

The best performing Australian male was Nick Kyrgios, who made it to the 4th round where he lost to Rafael Nadal. After a strong showing at the lead-in ATP Cup, and a much more mature effort in his matches at the Open, Nick seems to be back in the good books of a large portion of Aussie fans. This, coupled with his fantastic raising of much needed awareness and funds for bushfire relief efforts, means that the self-proclaimed King could be at a turning point in his career. Out with the old Nick, in with the new? It remains to be seen. Nick’s always going to have his eccentricities and on court outbursts – it’s what makes him the daring and creative player he is. It’s all about managing the detrimental effects of those ebbs and flows and keeping his creative shot making at the forefront of his game.

You Can’t Keep The Djoker Down

The Men’s Singles Final was… strange. It had patches of fantastic tennis, but there were a couple of perplexing moments within the match. With Djokovic having never lost a semi-final or final at the Australian Open, it would have been easy to think Dominic Thiem would roll over completely after dropping the 1st set. But the Austrian seemed like a man with an extra spring in his step. This most likely stemmed from a resounding quarter-final victory over his nemesis in his 2 previous Grand Slam final appearances – Rafael Nadal.

With set 1 in the bank for Djokovic, Thiem stepped up his game and drew an early break. He made a habit of holding serve until 4-3, when Djokovic broke back and roared at the crowd. He seemed perplexed at various points over the first 2 sets about why the crowd was 90% for Thiem, and the 7 time champion seemed to direct this break of serve at every pro-thiem supporter in the crowd. So 4-4, 1 set up, having just broken serve – Djokovic is primed to take a stranglehold of this match. Then he receives a time violation for taking too long between service points. He’s slightly agitated, and loses the point. Then again, he is hit with a time violation.

Suddenly he is broken and changes ends, where he does something rather strange – he pats the umpire on the foot and says “Great job, you made yourself famous” in reference to the umpires time violation calls. Normally, I side with the players when it comes to time violations, but in this instance the Umpire was correct in his calls.

Amazingly, Djokovic goes onto lose 6 games in a row, culminating in a 3rd set loss to Thiem. Suddenly up 2 sets to 1, Thiem is the favourite and Djokovic has to do something he has never done before in a slam final – come back from 2 sets to 1 down. The match had another strange turn when Djokovic took several medical time-outs. Not for physio or for an injury, but he had the Doctor out for some sort of unnamed physical issue. His post match press conference didn’t shed any more light than that, really. Just stating he struggled with dizziness and a ‘lack of energy’. He seemed to want to shorten a lot more points and threw in a number of serve volleys.

Despite his eccentricities and obvious gamesmanship, Djokovic is an all time great for a reason. Despite clear nerves, frustration at the umpire, an illness (or lack thereof) of some sort, Djokovic handily responded and took out the 4th & 5th sets with trademark Djokovic stubbornness. Under pressure he turns into an absolute brick wall, doesn’t give an inch away and does not miss. After spending 6 more hours on court than Djokovic over the 2 weeks, Thiem looked half a step too slow during most rallies in the 4th and 5th set. There seems to be a strange phenomenon in matches with Novak when he is in form – he is like a tsunami rolling into a beach. He is just this impending force that can’t be halted. Once he took that 4th set, Djokovic was going to win. Thiem knew it, the crowd knew it, Djokovic knew it.

Ultimately, Djokovic held serve to win his 8th Australian Open crown and take his Grand Slam total to 17, 2 behind Rafael Nadal and 3 behind Roger Federer. At 32 years of age, the Serbian will no doubt feel he is destined to become the greatest male tennis player of all time. 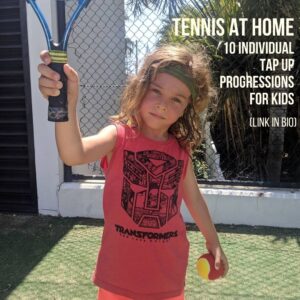 Tennis At Home: 10 Individual Tap Up Progressions For Kids 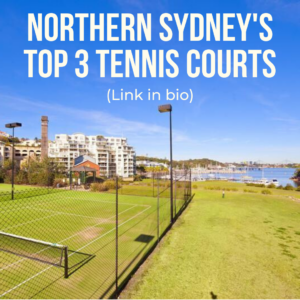 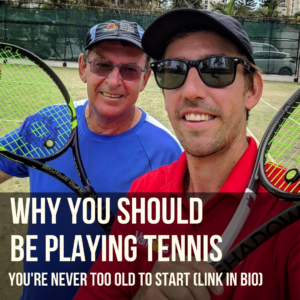 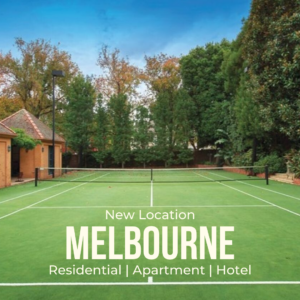