Usually, prior to every Grand Slam event, we will do a complete preview of both the mens and womens singles events.

But this felt a strange thing to do before the 2020 edition of the US Open, with almost no form to work with (due to the COVID-19 hiatus) and lots of unanswered questions posed for the fanless edition of the open. Now that the picture is a little clearer and the forecast a little less hazy, we think the halfway point of the tournament is the perfect time to give a preview and prediction of whats to come.

Let’s delve into a full rundown of all the action from the 4th round and beyond, as well as our predictions for who we think will be crowned the mens and womens singles champions for 2020.

When analaysing the names of the players that remain heading into the 4th round, there is a single question to ponder. How do you choose a winner that isn’t named Novak Djokovic? Let’s give it a crack ayway.

Of the 16 men that remain in contention for the title, 12 of them are seeded players and most have plenty of experience. However, Novak is the only player that has won a grand slam, with Dominic Thiem and Daniil Medvedev the only players with Grand Slam Final experience.

Other than Medvedev and Thiem, the main threats to Djoko’s tilt at the title come in the form of Alexander Zverev and… that’s about it. This may seem a short list and harsh on the other players. It’s not that they’re not playing unbelievably well, it’s more of a testament to how unbelievable Novak Djokovic is, particularily at the pointy end of a slam. You need semi-final and/or final experience to have even a slight chance of upsetting him.

Notably, 2 Aussies are in the 4th round – our top ranked player at the tournament, Alex De Minaur, upset Karen Khachanov in the 3rd round.. With de Minaur’s Sydney hitting partner Jordan Thompson already through, it’s the first time two Australian men have made the second week at Flushing Meadows since former champions Pat Rafter and Lleyton Hewitt did so in 2001.

The final 16 on the womens side also boasts 12 seeded players, but the plethora of grand slam winning experience means it is much tougher to predict. Let’s dive into the statistics.

Half of the top 10 ended up making it into the final 16, which is actually a bit of an anomaly to what we are used to in Grand Slams on the womens side. Despite the no.’s 1 and 2 being knocked out, there is plenty of Grand Slam winning experience to look out for. Serena Williams, Kerber, Azarenka, Osaka, Kvitova and Kenin have grand slam winning experience to draw upon during their tilt at the title this year.

With 6 out of the final 16 players previously having won a grand slam, the match-ups that each player faces will play a crucial role. The winner actually may well come out of a 4th round match between Maria Sakkari and Serena Williams (Sakkari actually beat Serena just last week). If Serena triumphs, it shows her game is at the required level and that her confidence is high. If Sakkari triumphs, we think she has the highly physical game needed to trouble the remaining women in the draw (as well as no vocal New York crowd to deal with) 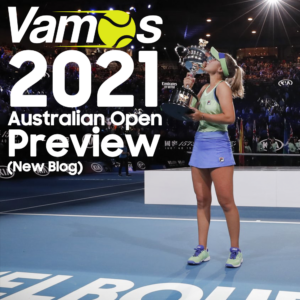 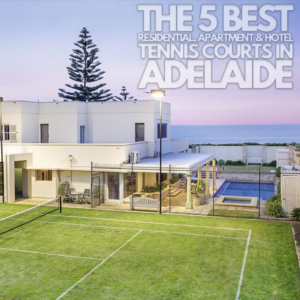 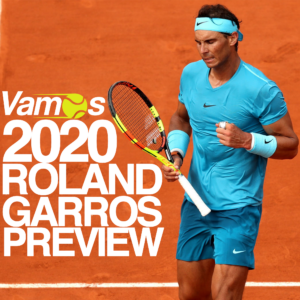 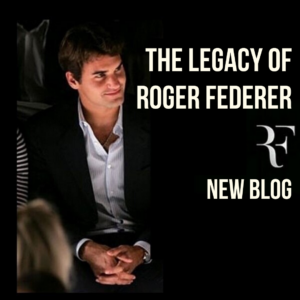