There’s pretty much only one thing that matters in tennis at the moment – will Novak Djokovic play at the 2022 Australian Open. After a week of waiting, Novak Djokovic’s fate has been decided by the Australian courts as he appeals his deportation from Australia. Will he play? The ruling has been handed down and he has lost his case. Meaning he will not be playing in this year’s Australian Open. Let’s take a look ahead at the men’s and women’s singles draw and preview the upcoming Australian Open.

You can catch every match live and ad-free on Stan Sport from 17th of January.

Novak Djokovic is out! A lucky loser (someone who lost in the final round of qualifying) will replace him. I’m sure the rest of the field fancy their chances a lot more now that the 9-time champion was forced to withdraw. Even if he had played, Novak would have been underdone and highly stressed – it’s difficult to quantify just how taxing this entire process has been on his mental state.

Dark horses in his quarter include Lorenzo Sonego, Gael Monfils, Christian Garin and Matteo Berrettini. I think young gun Carlos Alcarez is potentially the biggest danger in the draw for Novak. Berrettini is 0-4 against Novak and will have to get through Alcarez to even get there. But with Djokovic out, young Carlos is a phenom and has already reached a quarter-final in a Grand Slam – he’ll reach a semi here.

Rafael Nadal heads to the 2022 Australian Open with (surprisingly) just one previous win to his name. It’s surprising to most, but Rafa hasn’t won at Melbourne Park since 2009 – a shutout largely fuelled by Novak Djokovic’s propensity for winning each year. Seeding-wise, this is actually Alexander Zverevs quarter, as he sits 2 spots ahead of Nadal. A match-up between the 2 in the quarter-final seems likely.

Standing in their way are Hubert Hurkacz, Denis Shapovalov, Aslan Karatsev, Reilly Opelka, Karen Khachanov and Lloyd Harris. Comeback Kid Thanasi Kokkinakis is coming off his first ATP Tour Title win, and I think he has Rafa’s number in the second round. A home crowd and the confidence from pushing Tsitsipas to 5 sets last year will help him get the biggest win of his career.

The new big 3 of the ATP are Djokovic, Medvedev and Zverev. Sitting on the outside looking in is the no. 4 seed  – Stefanos Tsitsipas. He’s certainly got the firepower to match it with the big 3, but does he have the consistency? He’s fortunate to have a good draw, with dark horses like Taylor Fritz, Grigor Dimitrov and Casper Ruud the only real dangers.

Lurking ominously is no. 11 seed Jannik Sinner – he was immense at the ATP Finals last year and went 3-0 at the ATP Cup this year. His brand of tennis is dangerous to any top seed.

Regardless of whether Djokovic plays or not – this is Daniil Medvedev’s best shot at a grand slam yet. He made the final here last year, went one step further at the US Open, and seems to believe he belongs at No. 1 now. Can anyone put a dent in the Russian’s confidence over the next two weeks?

If he makes it through Nick Kyrgios in the second round, he should be OK. The second-highest-seed in this section, Andrey Rublev, is also coming off a case of off-season Covid, and didn’t play last week. If he’s not in form, that leaves ninth-seeded Felix Auger-Aliassime as Medvedev’s toughest potential competition; but they wouldn’t meet until the quarters.

Even if Novak had played, I think the high-stress nature of the deportation experience would have shown late in the tournament. This would’ve resulted in Zverev defeating him. Alcarez will face a similar fate. Medvedev will be too strong in the other semi. In the final, the consistency and overall confidence of Medvedev will be too much for Alex, and he will fall to the Russian in 4 sets. `

Trying to predict the winner of any women’s Grand Slam over the last few years has been difficult. There has not been a repeat winner in a calendar year since 2016 and since that year only Simona Halep, Ashleigh Barty and Naomi Osaka have won more than one. So we won’t look at each quarter individually like the men’s preview, as there is a lot more potential for upsets. It is difficult to fully rule out any member of the draw. This is also a testament to the continued growth of the WTA Tour in so much as the depth of quality is now so vast.

Australia’s Ash Barty is the world no. 1 and the deserved favourite heading into the tournament. She has the best form on tour having won last week and also has won nine of her last ten against fellow top ten players. Naomi Osaka is her main rival, and she has the best hold of serve numbers in the whole field. As the defending champion, she may well feel some pressure as none of her four Grand Slam triumphs have been successful defences of her previous titles.

Best of The Rest

Former Champion Simona Halep can still compete at the top level despite a disrupted 2021. Anett Kontaveit and Ons Jabeur are in strong form and could have a tilt at the title. Garbine Muguruza and Barbora Krejcikova are always in contention due to their strong offensive abilities when serving and returning.

Hardcourt queen Victoria Azarenka absolutely loves playing at Melbourne Park and her win % on hardcourt is sensational over almost 400 matches on the surface. Don’t count her out. US Open champion Emma Raducanu has the potential to beat anyone but has failed to produce any top tier tennis since her amazing run in New York last year.

I will be expecting deep runs from Azarenka, Halep, Muguruza and Osaka. I think experience will count at the Aussie Open this year. It’s therefore difficult to look past Aussie superstar Ash Barty as the predicted winner. She has the form, particularly against other top 10 opponents, to take her first title at her home grand slam. 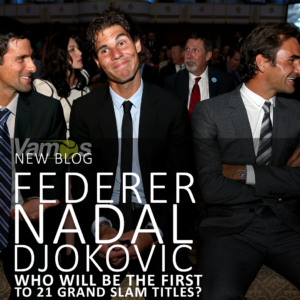 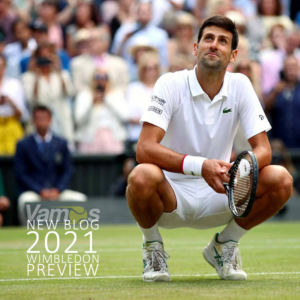 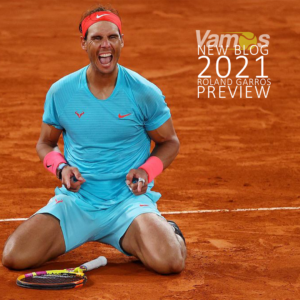 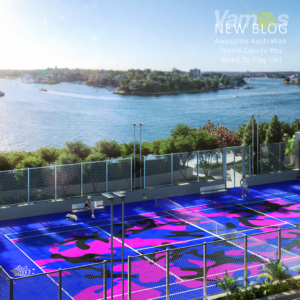